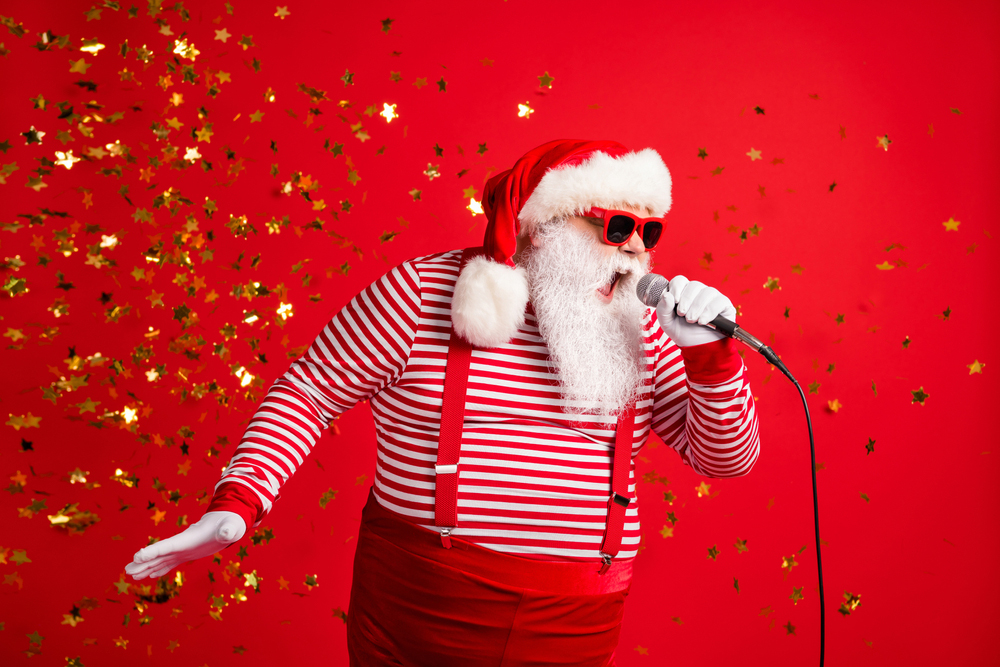 Love them or hate them, Christmas songs are a firm staple of December. Looking for
inspiration to play on Christmas Day, we’ve put together the ultimate list of the greatest
Christmas songs of all time to get you in the festive spirit. Are Michael Buble and Mariah
Carey the king and queen of Christmas music, read on to find out!

All I Want For Christmas Is You | Mariah Carey

Released in 1994 by Mariah Carey, All I Want For Christmas Is You is the only Christmas
single to go diamond with 16 million copies sold and has been streamed over 1 billion times
since its release.

Released in 1984 by British pop duo Wham! Last Christmas reached the No. 1 spot in the
Official UK Charts for the first time in 2020, 36 years after its release.

Released in 1987 by the Pogues and featuring vocals from Kirsty Maccoll, Fairytale of New
York has sold over 2.4 million combined sales within the UK.

Released by Welsh singer-songwriter Shakin’ Stevens in 1985, Merry Christmas Everyone
has appeared in various chart positions over the years, appearing with its highest ranking
chart position of 6 in 2019 and 2020.

It’s Beginning To Look A Lot Like Christmas | Michael Buble

It’s Beginning To Look A Lot Like Christmas by Michael Buble was originally released by
Meredith Wilson in 1951 under the title ‘It’s beginning to look like Christmas’. Buble’s cover
was released in 2011 and peaked in the UK charts at number 7 in 2018.

Released in 1973 by English musician Elton John, Step Into Christmas was certified as
double platinum in December 2021 by the British Phonographic Industry for sales and
streams of 1,200,000 units.

Released in 2014, Santa Tell Me by Ariana Grande peaked on the Billboard Global 100 at
number 5. Santa Tell Me has established itself as a modern-classic worldwide having been
certified as triple platinum in Sweden, double platinum in Denmark, Norway and the UK and
over 2.5 million sales in South Korea.

I Wish It Could Be Christmas Everyday | Wizzard

Released in 1973, I Wish It Could Be Christmas Everyday by Wizzard peaked at number 4 in
the UK charts. In 2012 it was voted the 2nd in the Nation’s Favourite Christmas Song by the
British public.

Although it has since been covered by various artists including Hannah Montana and Justin
Bieber, Rockin’ Around The Christmas Tree was first released in 1958 by Brenda Lee. Lee’s
original version had sold over 25 million copies around the world with the 4th most digital
downloads sold of any Christmas single.